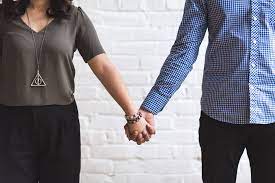 According to a recent study, husbands are least anxious when their spouses earn up to 40% of the home income, but when their wives incomes grow above that level, they get increasingly uncomfortable.

Husbands are most concerned when they are the sole breadwinner, shouldering all of the financial responsibilities for the household, according to a 15-year study of nearly 6,000 heterosexual couples in the United States. As their spouses’ wages approach 40% of household income, their stress levels decrease. However, as women’s incomes rise, the study found that husbands’ stress levels rise as well.

“These findings show that traditional customs about males earning more than their wives, as well as social standards about male breadwinning, may be harmful to men’s health. They also demonstrate how entrenched and pervasive gender identification conventions are “Dr. Joanna Syrda, an economist at the University of Bath’s School of Management, is one of the authors.

“The findings, however, are compelling enough to suggest that gender identity conventions endure and have a role in male mental health difficulties. Chronic distress can lead to a variety of health issues, including physical illness as well as mental, emotional, and social issues “Syrda said.

In 1980, according to data from the Pew Research Center in the United States, only 13% of married women earned more than their husbands. However, by 2017, the proportion had risen to over one-third, and the trend was expected to continue. Dr. Syrda and other scholars are increasingly interested in how this may alter societal norms, wellbeing, and our view of masculinity, according to Dr. Syrda.

“The physical and mental health, life happiness, marital fidelity, divorce, and marital bargaining power repercussions of traditional gender role reversals in marriages associated with wives’ higher incomes span numerous dimensions,” Dr. Syrda added.
“Because masculinity is closely associated with the traditional view of the male breadwinner, traditional social gender norms suggest that men may be more likely to experience psychological distress if they become the household’s secondary earner or become financially dependent on their wives, a finding with implications for managing male mental health and society’s understanding of masculinity.”

Dr. Syrda expressed her thoughts “The increased psychological suffering that comes with a husband’s economic reliance on his wife might also have practical ramifications, such as bargaining in the shadow of divorce or the fear of losing one’s financial status if the marriage ends. These consequences are stronger in cohabiting couples, probably because they are more likely to break up.”

The survey also revealed a discrepancy in how husbands and wives rated their own and their partner’s psychological discomfort. Men’s mental health was better than what their wives reported on their behalf.

The Tovala Sensible Oven Is One Futuristic Kitchen Present