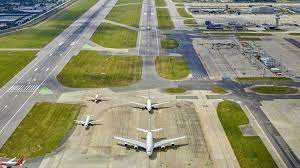 If Gatwick’s northern runway becomes routinely used, the airport plans to set a noise restriction, which will be increased further as flight numbers increase. The change is intended to provide an incentive for airlines to employ more quieter planes at the airport.

The ‘noise envelope’ would ensure homeowners that when the project reaches full capacity (approximately 2038), it will create less noise than it did in 2019 – the busiest year at Gatwick to date.

The airport is able to propose the noise cap because new “next generation” aircraft, which are quieter, will increasingly replace older, noisier planes in the coming years, outweighing any increase in noise caused by putting the runway into everyday use.

The Gatwick airport is also proposing a more generous Noise Insulation Scheme for residents living near the airport, which would increase the number of eligible households by up to 1,750 homes compared to the current scheme, as well as offering a tiered package based on the noise levels experienced at specific locations.
A new Inner Zone will provide the highest level of noise insulation and will apply to between 250 and 450 households, which will be eligible for replacement acoustic glazing or internal secondary glazing to all windows, acoustic ventilators and blinds to noise-sensitive rooms, replacement doors to these rooms as needed, and acoustic upgrading of bedroom ceilings as needed and possible.

A new Outer Zone will apply to around 3,300 residences outside of the Inner Zone and will have acoustic ventilators for noise sensitive areas, allowing windows to stay closed while providing ventilation. If necessary, the airport would also collaborate with schools to provide a sufficient noise insulation package. Gatwick has begun a public consultation on plans to use its existing Northern Runway alongside its main runway on a regular basis.

“We fully recognise that we need to carefully weigh any benefits that routine use of the northern runway would offer, including over 18,000 new employment, with the impact our plans may have on those living close to the airport,” said Andrew Sinclair, Gatwick Airport’s head of noise and airspace.

“As part of our northern runway consultation, we propose putting a binding cap on airport noise, and we would expand on this by rolling out a much enhanced noise insulation package for residents living near the airport.”