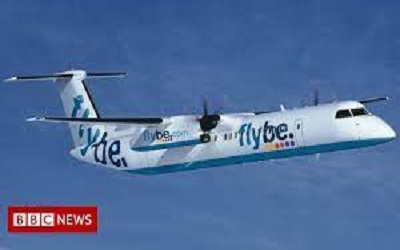 As the Birmingham facility nears completion, Flybe confirms it. Flybe, the relaunched airline, has announced that Birmingham Airport would serve as its new corporate headquarters and initial new crew base.

Flybe is one of the first UK airlines to be authorised by the Civil Aviation Authority (CAA) following Brexit, and it will cover major locations around the UK and EU.

The operations are set to commence in early 2022.

The company’s new headquarters and operations centre will be located at Birmingham Airport’s Diamond House, in a move that is estimated to create roughly 200 direct new employment in the Birmingham and West Midlands region over the next three years.

During the same period, an additional 400 direct jobs are expected to be generated across the country.

“We are happy to be working with Birmingham Airport (BHX), the city of Birmingham, and the mayor of West Midlands to make BHX the home of our new headquarters and first crew base,” stated Flybe CEO Dave Pflieger.

“It was a perfect option for us because of its fantastic people and highly talented workforce, its central UK location, and the fact that Birmingham Airport is a global travel gateway with access to over 150 international destinations for local and connecting clients.”

“This news is the result of over a year of committed hard work by everyone involved, and it would not have been possible without the cooperation of the CAA and the UK government.”

The launch of Flybe is expected to not only enhance essential regional connectivity in the UK and create many valuable airline industry jobs, but also help restart many local economies as they rebound from the pandemic.

Nick Barton, chief executive of Birmingham Airport, added: “Flybe’s announcement that Birmingham has been chosen to become the headquarters for its launch next spring is fantastic news for our region’s connectivity needs, and it will bring with it some great new employment opportunities.”