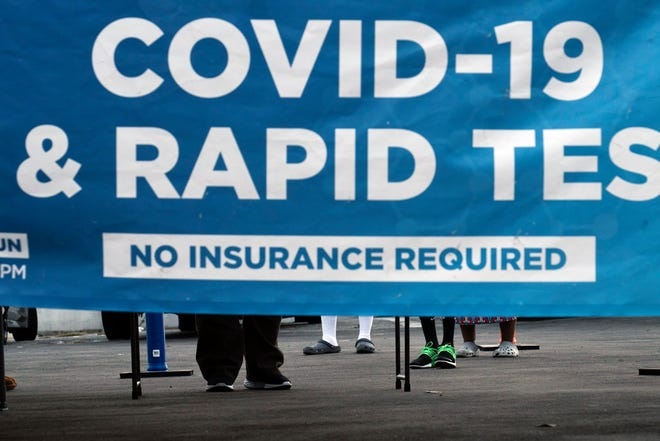 Doctors have prescribed a drug that can be taken at home. It is meant to stop COVID-19 from going from mild to severe symptoms in people who are at high risk. In data presented to an FDA advisory panel in late November, the drug was shown to stop 30 percent of infections from progressing. That’s a lot less than the antiviral pill Paxlovid, which the FDA approved on Wednesday.

According to USA TODAY, several doctors told the newspaper that they would only prescribe molnupiravir if they didn’t have any other options. The FDA, which approved the drug, seemed to agree by noting in its approval announcement that the drug should be used by people at high risk for severe disease “for whom alternative COVID-19 treatment options approved by FDA are not accessible or clinically appropriate.”

If I had nothing else to give to a patient who was at risk, I would have to have a risk-reward conversation with them. Michael Ganio, senior director of Pharmacy Practice and Quality at the American Society of Health-System Pharmacists, said this: “There are still a lot of questions to answer.” In that case, molnupiravir might win out.

People in the United States have paid $2.2 billion to buy about 3.0 million doses of molnupiravir, which is used to treat HIV.

Within a few days, Merck said it could send out hundreds of thousands of courses and 1 million courses in the U.S. The company said it was ready to do this. Ten million courses of treatment are ready to be packaged and sent around the world. Paxlovid is also expected to be in short supply at first because it takes a long time and is hard to make.
People who work in the health field in the United States can no longer be kept in COVID isolation.

People were afraid that a new COVID-19 wave could overwhelm understaffed US hospitals, so federal officials on Thursday eased the rules that say health care workers should stay home for 10 days if they have the virus.

The rapid spread of the highly contagious omicron variant had local health experts giving out blunt advice on Wednesday: Don’t get it. The crowds at Christmas Masses and holiday parties this weekend will make it hard for you to get around.