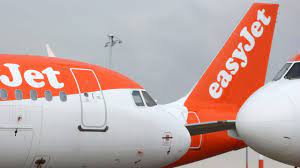 Easy Jet saw an increase in UK bookings within hours of the UK government confirming that fully-vaccinated travelers will no longer be needed to do a PDT (pre-departure test) when returning to the UK from the non-red list countries.

The move will take effect on October 4th, just in time for the October half-term vacation.

Flight reservations for the late summer season have surged dramatically, with beach resorts among the top destinations this autumn and travel in October proving most popular, indicating that Brits are eager to plan a late summer break escape.

Alicante, Majorca, and Tenerife in Spain, as well as Faro in Portugal, are the most popular travel locations in October.

Easy Jet will add 51,000 more seats for October departures from the UK to beach destinations in the coming days.

With Turkey no longer on the list, more seats have been added on flights from the UK’s major airports, including London Gatwick, London Luton, Manchester, Liverpool, and Bristol, to Dalaman, a location noted for its natural coves, turquoise waters, and protected national park.

Easy Jet has experienced high early demand for ski destinations for the New Year, with Geneva being the most popular form Manchester, London Luton, Birmingham, Bristol, Liverpool, and London Gatwick.

easy Jet provides 325 connections from the UK to 94 locations in 35 countries across Europe, North Africa, and the Middle East. It is one of the UK’s main providers to European green and amber list destinations, with roughly two million seats still available for a late summer trip.

“Every time limitations have been loosened or abolished, we have witnessed pent-up demand, and this is no exception,” said Sophie Dekkers, easyJet‘s chief commercial officer.

“We have noticed a significant increase in reservations since the government’s decision to dismantle the traffic light system, abolish the pre-departure test, and remove popular summer sunspots from the red list.”

“With Britons clamouring for last-minute summer heat, particularly over the October half-term, we are adding even more flights to the most popular beach hotspots to meet this increased demand.”