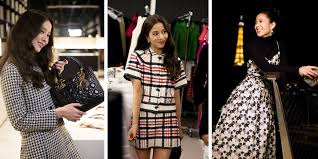 Blackpink dominated Paris Fashion Week, and one of the South Korean girl group’s members, Jisoo, was responsible for the most valuable social media post. According to analytics and insights firm Launchmetrics, Jisoo’s created $1.84 million in media impact value.
Dior was the top brand account, with 8,088 posts worth $39.1 million in media impact value, while Jisoo, whose full name is Kim Ji-soo, was the top celebrity, with just two personal posts and 2,536 media mentions worth $15.7 million. She has 47.9 million Instagram followers and chronicled her visit to the new Dior Spa at the Cheval Blanc hotel.

Overall, the media impact value of Paris Fashion Week, which ran from September 27 to October 5, was $241.4 million, with social platforms accounting for $184.7 million of that.

Only the brands’ own media outlets were considered in the brand rating, which featured the same four brands in the top four spots, but with Valentino at number five.

The media impact value calculated by Launchmetrics accounts for the impact of relevant media placements across all channels (online, social, and print), including paid, owned, and earned mediums.