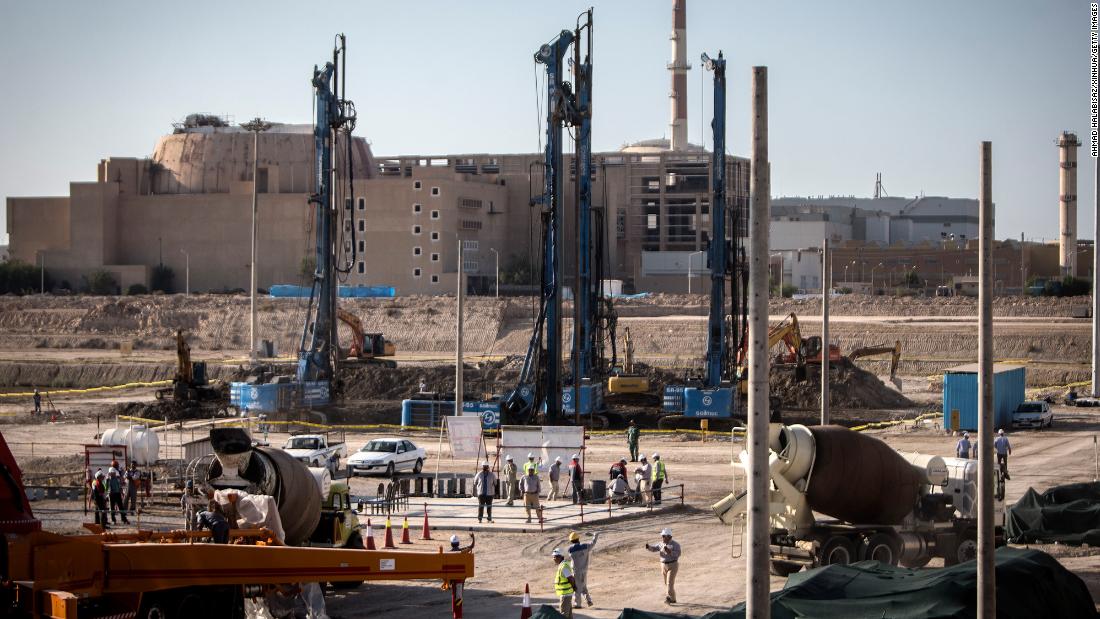 Three years later, President Trump took the US out of the pact and put sanctions back on Iran. While the JCPOA is still upheld by the other countries that signed it, Iran has started a faster process of enriching uranium that could allow it to make a weapon more quickly.

Before long, “Iran’s nuclear escalation will have destroyed the substance of the JCPOA.” This is what the Arms Control Association said earlier this month about the Joint Comprehensive Plan of Action (JCPOA), which was signed in 2015 by the US, Britain, France, Germany, Russia, China, and Iran.

The talks have restarted after a short break in the eighth round of negotiations in Vienna. This gives Iran more time to make even more progress toward the ability, if not the will, to make at least a testable nuclear weapon. As it turns out, there’s a “theoretical off-ramp” just two weeks away when talks are in their sixth month. That’s when the talks could come to an end in a very bad way.

The head of Columbia University’s Gulf/2000 project, Gary Sick, told me in an email interview that “Iran today is probably within a month or two of having enough material that, with more enrichment, could be used to make a bomb.”

“They won’t forget the skills and experience they gained in this round, but they won’t forget what they learned. Even if Iran goes back to the way it was in 2015, it will be able to get there faster the next time, if there is a next time, “Sick added.

As Sick and others say, they think that Iran hasn’t yet made the final decision to take that last step toward a nuclear device that can be used to make sure it works. It will be up to the Grand Ayatollah Ali Khamenei to make this decision. He has said that an atomic bomb is “haram,” or forbidden in Islam. Iran is still at least a year or two away from making a device that could be put on a missile and fired at another country or even farther away.
There’s also a lot of finger-pointing going on at the White House. They blame Iran’s progress toward a nuclear weapon on Trump’s decision to leave the process. In fact, the US is risking taking its eyes off the ball, focusing on talks with Russia over Ukraine without seeing how they might be linked in some other way.

For years, the Soviet Union didn’t have a land border with Iran. Russia doesn’t want to have another nuclear power so close to it, tho. Add China to the mix, and this quickly turns into three-dimensional chess. People in China are worried about a bigger fight in the Middle East that could cut off some of their energy sources, but they don’t share many of Russia’s fears about a nuclear-armed Iran.

The same thing is true for China, which is one of the few countries that buys oil from Iran even tho sanctions are in place. The White House, on the other hand, says that the administration has been able to talk to Russia and China in the JCPOA format, and that Iran is still holding back. This is what the White House says:

It’s still true that Secretary of State Antony Blinken and his top negotiator, Wendy Sherman, the person who came up with the JCPOA under President Obama, have been very focused on the Russia-Ukraine talks and getting Europe to agree to sanctions if Putin invades. Indeed, when Blinken was on NPR last week, he talked a lot about Russia and Ukraine. Finally, when they talked about Iran, Blinken spent most of his time blaming Trump.

Certainly, the immediate effects of a Russian invasion of Ukraine would be very bad. But Iran’s moves toward enriching uranium and the fact that the US appears to be prioritizing talks with Russia over Ukraine can’t be lost on a very savvy Iranian leadership.

Senior Biden administration officials have told me that they think they can work with both Russia and China on the JCPOA, but they don’t know for sure. The most important piece of evidence will be how the negotiations are going when they start back up again after this break.

Almost everyone who has a stake in Iran’s nuclear power is starting to move around in case the talks break down.

At a meeting of Chinese and Iranian foreign ministers last week, the two countries agreed to work together for 25 years to improve their economic and political ties. There were 590,000 barrels of Iranian oil shipped to China each day last year. This was the highest level since Trump put sanctions on Iran’s oil trade. Lifting sanctions could put that exclusivity at risk.
President Vladimir Putin will meet with Iranian President Ebrahim Raisi later this month, and there are plans for a 20-year trade and military pact that will be signed later this year as well.

There have been a few countries in the area that have started to put their money where their mouth is. Israel and Russia have a lot of money at stake in Iran’s ability to make nuclear weapons. This is more than Western Europe or the United States, which aren’t in the range of any Iranian missiles that have been tested so far.
Israel’s Prime Minister, Naftali Bennett, and Putin “agreed to keep working together closely in this field,” the Israeli Prime Minister’s Office says. This is what the office says. In the past, the two countries have signed a “deconfliction” agreement that allows Israeli warplanes to attack Iranian bases, weapons convoys, and other places in Syria. This agreement is important if Israel were to launch an air strike against Iranian nuclear facilities.

Other than that, Saudi Arabia has been getting to know Beijing. People in China are helping the Saudis with everything from a missile development program to a huge desalination network, and they already do a lot of business with the country. It’s a relationship that could be a good source of nuclear technology for Iran if it makes a nuclear weapon of its own.
Back at the JCPOA table, Iran’s main demands are almost the same as they were before. Last week, a news service linked to Iran’s Supreme National Security Council said that “verification and assurances,” which is a way of saying that all sanctions must be lifted, are a condition for Iran to agree to restart the agreement.

But there are still a lot of things that could make or break the Iran talks.

Will Iran be content to be a country that is always on the edge of having a nuclear weapon? Will that satisfy the security needs of its neighbors and possible enemies?

Until now, the United States had to get its thread thru this impossible-to-thread needle eye. It’s hard to see how the JCPOA process could go on if East-West security talks broke down completely or if Russian forces tried to invade Ukraine.

They still need to figure out how to focus their attention on Iran. We need to show that we’re making progress at the next meeting in Vienna.