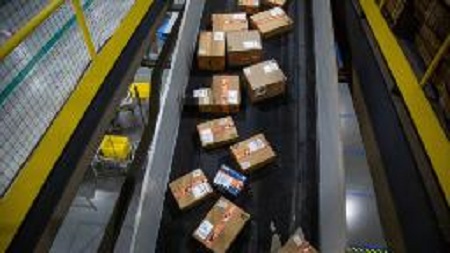 According to the lawsuit, which was filed by The Strategic Organizing Center (SOC), a coalition of US labour unions, more than a quarter of Amazon search results are sponsored by third parties and are not appropriately labelled to make that evident to the ordinary user. According to the complaint, SOC researchers who studied over 130,000 search results argue that Amazon violated all FTC criteria for detecting online advertisements in search results.

“It’s really the combination of how frequently the advertisements on Amazon platforms are deceptive, combined with how prevalent the ads are across all of its search pages, that really calls into question whether Amazon’s entire search platform is deceptive,” SOC research director Joan Moriarty told CNN Business.

“We developed our shop to assist customers discover things we believe will best fit their needs—sponsored advertisements are one method to help them identify products they may be interested in,” stated a spokesman.

The FTC did not reply promptly to a request for comment on this article.

The FTC compels digital marketers to label sponsored advertisements clearly and conspicuously. To protect consumers, the FTC defines misleading advertising as any statement or omission of information that is “likely to mislead consumers acting reasonably under the circumstances” and would “likely alter the consumer’s behaviour or decisions with regard to a product or service.”

To mark purchased items, online search engine results must include shading, borders, and huge text boxes positioned to the left. If an ad is mislabeled or looks to be unsponsored to the untrained eye, it is deemed misleading.

According to the lawsuit, Amazon employs the same grey colouring for sponsored items and organic search results, which might lead to customer confusion. While paid results do include text labels that state “sponsored,” the lawsuit claims that these labels are in small, light type and concealed behind bigger labels such as “Today’s Deals.” According to the lawsuit, the bigger labels are also frequently used for non-sponsored items revealed by organic searches, possibly making it even more difficult for users to recognise paid search results.

According to the research, Amazon utilises “lazy loading” of ad labels, which means that “sponsored” labels load up to three seconds after the remainder of the ad on the search result page has loaded.

Amazon’s advertising department is one of the company’s fastest-growing divisions. In the third quarter, Amazon’s “Other” business division, which mostly consists of advertising services, produced $8 billion in sales.

The SOC’s complaint comes at a time when the FTC may be renewing its investigation. Lina Khan, a critic of big tech, took over as FTC head in June. Khan raised antitrust concerns about Amazon in a 2017 paper for the Yale Law Journal. Amazon made a formal request shortly after Khan was nominated to the position, requesting that Khan be recused from all Amazon-related antitrust proceedings pending before the FTC.

Khan has already tried to increase the FTC’s power during her brief term as chair. A July decision overturned a 2015 directive that limited how regulators might file antitrust proceedings against offenders, making it simpler to go after giants like Amazon.