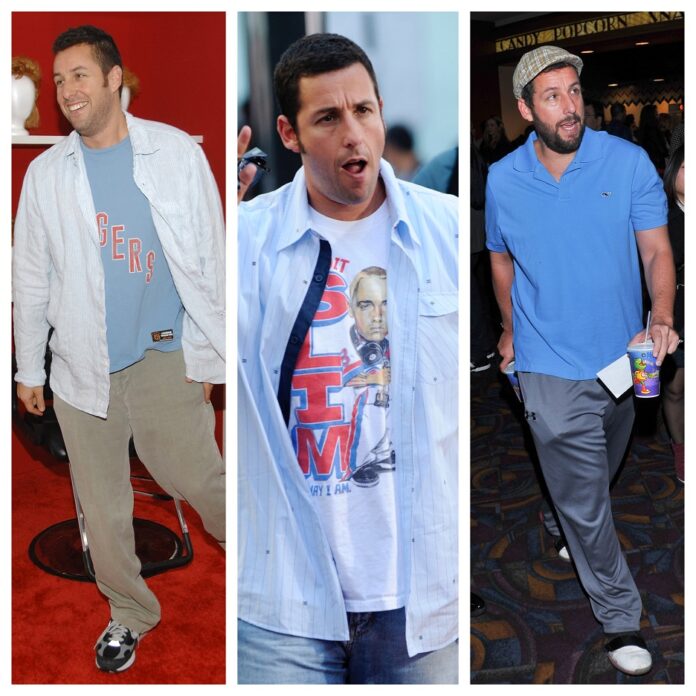 Adam Sandler Is the Most Trending Celebrity Style Icon in 2021. The return to the in-person red carpet, as well as early 1980s nostalgia, was essential in deciding the top trending celebrity style stars this year.

According to Google’s Year in Search statistics, the top ten celebrities with the highest trending style in 2021 are as follows. Surprisingly, the top spot went to actor Adam Sandler, who has emerged as a style icon in his own right this year as a result of Gen Z’s preference for early 2000s fashion trends.

Sandler’s easygoing manner has struck a chord with the general public. The actor is noted for wearing baggy attire such as polo shirts, large T-shirts, basketball shorts, baggy pants, and shoes.

In the same line of nostalgia, Google’s second most trending celebrity style star of 2021 is Britney Spears, who has been on everyone’s mind this year owing to her conservatorship struggle with her father, Jamie Spears, which just ended in her favour. Spears’ style had a big influence on this year’s most popular Halloween costumes, which were inspired by several of her memorable music videos and awards show ensembles from the early aughts.

Aside from nostalgia, the year’s return to the real-life red carpet had an impact on Google’s ranking. Doja Cat, a musician, came in fifth place on the list because to her numerous eye-catching red carpet appearances. This was particularly evident at the 2021 MTV Video Music Awards, when she acted as host. Doja Cat donned a sculptural, multicoloured hooded dress from Thom Browne’s spring 2018 collection and a horse-print, bustier-style dress coupled with a chair-designed headpiece from Vivienne Westwood’s spring 2018 collection for her hosting responsibilities.

Doja Cat was followed in sixth place by Harry Styles. Styles has made an impact on many people this year with his bright and lively ensembles, which are in line with the current fashion trend of men foregoing traditional men’s wear alternatives in favour of couture-inspired and more modern pieces.

Melania Trump, the former first lady, is also ranked seventh on Google. During her tenure as first lady, Trump made an impression on many with her fashion choices, including the infamous “I really don’t care, do u?” jacket she wore while visiting detained children who had been separated from their families at the U.S.-Mexico border and the pith helmet she wore while travelling in Africa, which many compared to styles worn by colonialists.