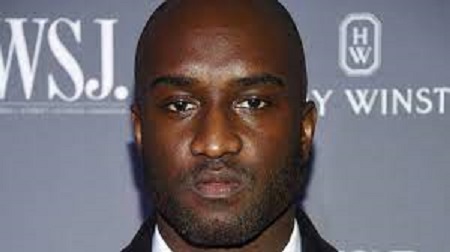 Virgil Abloh met Kanye West when he was 22 years old. When Mr. West struck a deal for a shoe collaboration with Louis Vuitton in 2009, he and his creative team, including Mr. Abloh, flew to Paris and became the talk of the season.

“Streetwear wasn’t on anyone’s radar, but the kind of talk at dinners after performances was, ‘Fashion needs something fresh.'” It’s at a standstill. ‘What will the next thing be?’ “That was the timescale I was working on when I was developing my concepts,” Virgil Abloh subsequently told GQ. That’s also when he and Mr. West started a six-month internship at Fendi, earning $500 a month and studying the company from the ground up.

In 2010, he became the creative director of Donda, Mr. West’s creative incubator, where he assisted in the realisation of Mr. West’s ideas (his laptop was characterised by rapper Pusha T as “a library of anything that was visually beautiful and significant”).

Virgil Abloh and two other individuals he met through Donda, Mr. West’s creative incubator, joined together two years later to form Been Trill, a DJ and creative collaboration. That morphed into Pyrex Vision, originally conceived as an art project with clothes, which then became Off-White — a twisty, collaborative creative journey that became a trademark of Mr. Abloh’s, along with his use of quotation marks and winking allegiance to what he called “the three percent rule” in The New Yorker and “cheat codes” in a Harvard lecture: the idea that you can take an existing design and change it just a little and it will qualify as

And, while the fashion world was delighted to label Off-White as a streetwear company and lump Virgil Abloh into that category at first, he told GQ, “I was adamant: This isn’t a streetwear brand.” This is not a modern brand. This is designer in the same way as X, Y, and Z are designers in the sense that when you utter their name, it brings with it a sense of regard and feeling.”

To that purpose, he staged runway shows in Paris, applied for the LVMH prize for new designers (he was a finalist in 2015), and embraced both women’s and men’s clothing.