Home World News Two students from the University of Oregon were hostage in their hostel.
Facebook
Twitter
Telegram
WhatsApp 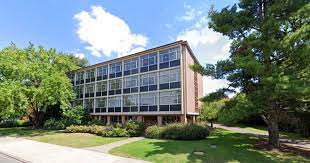 EUGENE, Ore. (AP) – Authorities say an armed man was apprehended Thursday morning on the University of Oregon campus after reportedly holding two students hostage in a dorm hall and setting off a fire alarm at the university’s law school.

The culprit, who was not immediately recognised, was apprehended without violence when the hostages texted police his position in the hostel.

He was equipped with a loaded 9 millimetre handgun and additional ammo, according to UO Police Chief Matt Carmichael.

The incident began at 3 a.m. Thursday when the UO Knight Law Center’s fire alarm went off. After discovering no indication of a fire, University of Oregon police reviewed security camera footage and discovered a person pulling the alarm while carrying a pistol and “acting strangely,” Carmichael said during a news conference at 2:30 p.m. Thursday.

The Lane County Sheriff’s Office, the University of Oregon, Springfield, and Junction City police departments all responded, shutting down and evacuating the facility.

A Sheriff’s Office drone team and a Springfield police canine unit searched the building before a warning was sent to the university community at 6:30 a.m., requesting everyone to avoid the area, according to Carmichael.

The 911 calls were made from the same smartphone, reporting occurrences from various parts of campus.

The phone belonged to a student at the Hamilton dorm, and that student and another were being kept in their dorm room against their will by the suspect, according to Carmichael.

“We soon found that this man had left Knight Law School and went to Hamilton dorm, where he confined a student and a visitor in their dorm room for a couple of hours,” he stated during a news conference.

After the suspect left the room, the student’s texting assisted authorities in locating the perpetrator, according to Carmichael.

According to the chief, the suspect was using the student’s phone to contact 911.

A campus-wide advisory was issued shortly after 6:30 a.m., several hours after the event began, with little information other than “law enforcement action is taking place near Knight Law” and to avoid the area. At 8:05 a.m., a “all clear” notice was sent.

Audrey Kalman, a 21-year-old senior at the University of Oregon, expressed dissatisfaction with the school’s failure to offer additional information warning students that an armed suspect was detaining them in their room.

“I can’t image what those students went through, but if I were in that dorm, I’d be thinking, why the heck weren’t we informed this?” Kalman stated. “Especially on a college campus where folks are out till the wee hours of the morning. I simply believe it should have been explained to the kids at the time, rather than this hazy ‘law enforcement’ issue.”

She claimed that the school seemed to be downplaying the occurrence, and that previous advisories had described what the threat was more specifically. On Oct. 31, a campus alert informed the community of an armed suspect and provided a description of him.