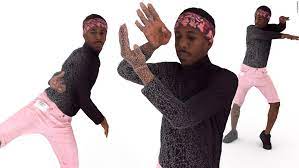 The Irish app. Dozens of cameras surround the topic and capture a 360-degree video of its size and volume. The many points of view are then combined to provide a digital 3D image. Typically, specialists at a professional studio perform the process, which is both time-consuming and costly.

However, this may be about to change, as Volograms, an Irish business, has made the process available to anybody with an iPhone via its free app Volu. Volograms claims it is the first content creation tool capable of transforming regular mobile video into augmented reality, having debuted on the App Store in September and soon to be accessible on Android.

While the phone camera only collects footage from one viewpoint, the software employs artificial intelligence to predict a person’s 3D shape and texture in areas where the camera cannot see. It employs algorithms that have been trained on thousands of human models captured in the professional studios of Vologram. The moving image is then converted to a hologram, or what the firm refers to as a “vologram.”

Users can then manipulate the vologram in novel ways, such as downsizing or growing the figure and superimposing it on any backdrop, using filters that vary the transparency or colour of the image, and combining realities by inserting a virtual doppelganger into a regular film.The aim, says Rafael Pagés, the company’s CEO and co-founder, is to make augmented reality (AR) and virtual reality (VR) content creation available to the everyday consumer.

“We wanted to build something that anyone, not just experts, could use to produce, play with, and share material,” he tells CNN Business.

Volu is also responding to an increasing demand for AR and VR content. According to a survey from market research firm eMarketer, about 60 million individuals in the United States alone will use VR and more than 90 million will use AR at least once per month this year — a 36 percent and 28 percent increase, respectively, over 2019.

The technology is currently utilised mostly for gaming, entertainment, and social media, but as consumers and businesses experiment with immersive experiences, a broader range of uses may emerge. The Covid-19 epidemic has also sparked attention, with people experimenting with augmented reality and virtual reality technology to simulate in-person meetings in a virtual context. Facebook (FB) has released a VR programme that allows users (represented by customisable avatars) to convene in a virtual conference room with coworkers, and the company revealed intentions to hire 10,000 people in Europe to build the “metaverse” this week.
Other businesses have stepped forward to accommodate the demand. Dimension, a UK-based company that has worked with Microsoft (MSFT), generates 3D videos ranging from fashion shows to sporting events in its high-tech studio. 4D Views, a French firm, creates and sells volumetric video capture equipment to studios worldwide.
However, Volograms, which claims to have raised €2.3 million ($2.7 million) in funding since its inception in 2018, is one of the few companies making volumetric capture accessible to the general public. The Irish app. is free, but the business hopes to provide paid-for “premium features.” Volograms’ major source of revenue is still its professional studio service.
According to Cathy Hackl, a tech futurist specialising in AR and VR, there is a tremendous demand for both “high quality Hollywood content” generated by pros and amateur content developed on a smartphone. However, she believes that the latter will be critical in pushing widespread use of the technology.
“Giving them the tools now so they can access [the technology] on their phones and generate this material is incredibly powerful,” she says to CNN Business.
Pagés hopes that by lowering the obstacles to entry, Volu will empower a “new generation of innovators” and alter communication as we know it.
“This is just the start,” he says. “It is now housed in an app, where you can produce entertaining, engaging content to share with your friends and family. However, we believe that this technology might be easily combined into a headset or [smart] glasses to become the next generation camera.”