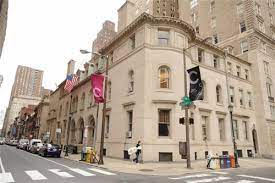 Boston, MA, and Oxford, UK | March 15, 2017, The Curtis Institute of Music’s halls are certainly bustling with the sound of great young performers, but these days Curtis is prioritizing digital preservation to ensure that their creativity is available on-demand and kept permanently.

Curtis’ digital repository team picked Preservica’s Cloud-hosted digital preservation and access software to allow streaming and long-term preservation of student recordings and digitized versions of hundreds of shelves of CDs, cassette tapes, and DVDs, some of which are now decaying. Curtis will also conserve reels of film and videotape that are rapidly becoming obsolete as the equipment to play them becomes scarce. These recordings are at risk of being lost forever if the proper digital preservation method is not used.

An Institution Founded on Creative Potential
The Curtis Institute of Music in Philadelphia, founded in October 1924, is one of the world’s most prestigious music academies. The Curtis Institute of Music, founded by Mary Louise Curtis Bok, heiress to the Curtis Publishing Company estate, educates and trains highly gifted young musicians to engage a local and global audience via the highest degree of artistry.

Curtis welcomes 175 students each year, where they are nurtured by a renowned staff and inspired by the school’s innovative “learn by doing” approach. Curtis is one of the most selective colleges in the United States, with a 4.8 percent admittance rate. All of the Institute’s students receive full-tuition scholarships, guaranteeing that admissions are exclusively based on a creative promise. Curtis performs more than 100 concerts in Philadelphia each year, as well as on-tour engagements across the world.

The Curtis Institute of Music’s recordings date back to 1924 and include original broadcasts from the National Broadcasting Company, as well as recordings by current and former students, many of whom have gone on to become successful contemporary performance musicians and composers, such as Leonard Bernstein, Jennifer Higdon, and George Walker. In addition, the Institute has copies of its founder’s correspondence, including a letter from Helen Keller, as well as a rare collection of sheet music. Curtis is also digitizing the institutional records associated with running the school.

175 pupils, 100 recitals every year, each recital recorded in 4GB files
While the Curtis Institute of Music had already begun to migrate its vast library of recordings from tape cassettes to CDs, the faster rate of format change proved difficult to keep up with, prompting Curtis to seek a better long-term storage option.

CD copies of recordings from as recently as 2002 are deteriorating, and some files are becoming corrupted. Furthermore, the Curtis Institute of Music Library is practically running out of space to store all of the CD copies; “We have a couple of thousand CDs and DVDs simply of student recitals,” says Molly O’Brien, Media and Metadata Librarian. “CDs and DVDs can sometimes go missing, but not with a digital copy. Many of our students are really wary of using CD copies since they now expect to deal with files that are streamed over the Internet. The sound quality on a CD is not as excellent as the master.wav file.”

Shifting to the Cloud
As Digital Archivist Barbara Benedett explains, the Curtis Institute of Music chose Preservica Cloud Edition because “we’re a small university with shared IT between other institutions – we took the budgetary decision not to acquire a server.” We can use Amazon Web Services through Preservica, which is excellent for us because it allows for streaming. Most other platforms don’t do that, or they aren’t designed to handle as much audio and video as we do.”

Our audio department records all of the recitals and performances. We hope to relieve them of a lot of effort by eliminating the student requests that come to them. When we are able to begin ingesting performances, students will be able to explore the access portal we have put up with Preservica and discover what they require.”

Although part of the archive’s documents will be open to the public, Curtis needs a long-term storage solution with varying levels of access. Student recitals, for example, will not be made available to the public because they are subject to copyright restrictions and are primarily used as a learning tool for students and instructors. Furthermore, the Institute will be ingesting institutional documents, which will be accessible to specific members of the Institute’s management. The administrator of Preservica Cloud Edition can control who can see and use certain content, ensuring that it is only accessible to the intended audiences.

The Future is Bright as the Institute Looks Forward to Increased Productivity
As Molly explains, Preservica’s digital preservation and access technology will allow Curtis’ Library and Archives to become much more productive. “The Recording Services Department is very busy – there are lots of recitals and events throughout the year that they record and edit.” The post-production process takes hours, and then we need them to burn the recording on a CD or DVD and submit it to the Library via campus mail. All too often, students pop by to pick up an unfinished recording. We will save a significant amount of time by sending AV files straight to Preservica because we will eliminate the last two phases of the process.”

“If employees are putting together a collection, they may just log in to Preservica online to access it. Furthermore, Preservica collaborates with our ArchivesSpace catalog software to offer a user-friendly, seamless archives management tool. Everything is now much easier to find, allowing staff and students to browse and explore the collection on their own.

“Moving away from CDs and toward streaming will be extremely beneficial to Curtis,” Barbara says. “With Preservica, we will be able to provide students and employees with a far more efficient approach for accessing data quickly, simply, and securely.”

About Curtis Institute of Music

The Curtis Institute of Music draws on 90 years of artistry to educate extremely gifted young musicians as artist-citizens who engage a local and global community via music-making of the highest standard.

Every year, 175 students are enticed to Curtis by its tuition-free, performance-based learning environment. They are nurtured by a distinguished faculty and motivated by the school’s distinctive “learn by doing” method, which offers more than 200 concerts in Philadelphia each year, as well as performances around the world through Curtis on Tour.

Curtis, dubbed “one of the world’s top music academies” (BBC Culture), reaches out to a global audience via Curtis Performs, the school’s dedicated HD performance video site. Online music classes and Summerfest activities provide additional opportunities for lifelong learners to listen, explore, and learn. Students also refine 21st-century abilities through social entrepreneurship projects that provide community arts access and instruction. Curtis’ exceptional young musicians will join the 4,000 alumni who have long shaped music history. Curtis graduates are musical leaders who have a significant impact on music both onstage and in their communities.