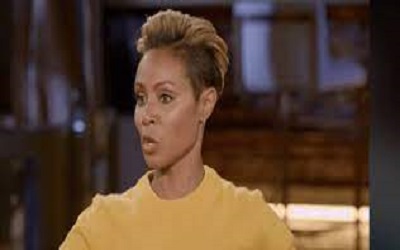 Will Smith and Jada Pinkett Smith have been having an image crisis, and now top hip hop music producer Daz Dillinger has levelled some pretty severe claims against Jada, MTO News has learnt.Daz, a key member of Suge Knight’s Death Row Records crew, accuses Jada of having an inappropriate relationship with an underage child. Chris Kelly, the deceased rapper from the popular 1990s hip hop duo Kris Kross, was the boy Daz alleges was in a relationship with Jada Pinkett. According to Daz, Jada and Chris had a “entanglement” about 1993, when Chris would have been 14 and Jada Pinkett would have been 22.Chris Kelly began taking drugs as a teen, and drug misuse plagued him throughout his brief life, according to MTO News. He died of a heroin overdose in 2013. Jada reportedly struggled with substance misuse before meeting and marrying Will Smith, according to MTO News. According to MTO News, Daz made the shocking claims during a podcast.
“You think Jada was entangling, she was entangling with Chris Kelly from Kross Kross,” Daz stated in the interview.”He went on, “[Once] we were kicking it with Chris and Jada was at the door… “Don’t leave,” Chris pleaded.
Chris went to the door and, according to Daz, returned to the room moments later. “He was Jada Pinkett at a young age, that was 1993,” Daz added.Chris was 14 years old in 1993, while Jada Pinkett was 22 years old. Daz does not provide any evidence to back up his assertion that the two were supposedly intimate. He also fails to provide any evidence establishing the dates of this occurrence. However, MTO News has heard that a video of Daz’s allegations has gone viral on social media.Chris struggled with strong narcotics throughout his adolescence and into adulthood, including cocaine and heroin. His life spiralled out of control, and he was found dead from a heroin overdose in an Atlanta hotel room almost a decade later.

Jada revealed last year that she had a covert romance with August Alsina, 29. According to August, he met Jada during a mental health crisis. Jada’s son Jaden was a friend of August’s, and the actress first convinced August that she could help him with his mental health difficulties. Eventually, the two developed an intimate relationship. August was 25 years old (of legal age) at the time, and Jada was 46.