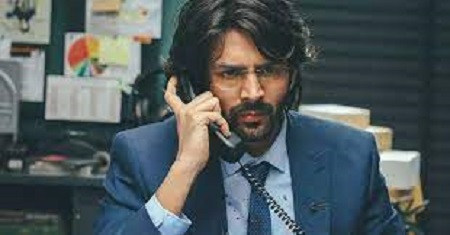 Kartik Aaryan recently had his film Dhamaka released, and it was a huge success, earning him a lot of love and praise from both audiences and critics. The actor has now spoken out about his feelings about the film and how people reacted to it. He has been extremely busy with shoots and commitments throughout the year.
“The response is so strong that I am just amazed,” Kartik Aaryan said. I recently flew, and the flight crew complimented me on my performance. I am overjoyed to hear how people have reacted to the film and my performance. People are calling this Kartik 2.0. I am both delighted and overwhelmed. It was a deliberate choice to do something different. I was blown away by the concept the day I did my first script reading. Dhamaka was a film where I felt I had to give it my all. I was aware that I was doing something out of the ordinary.”
“I thought people would enjoy watching me in this new avatar,” he continued. They’ve never seen me like this before. I felt it would be exciting for them to see me in this role, as well as for me to play a character in this role. It was scary to be out of my comfort zone, but I knew I was in good hands. Film Dhamaka appreciation has really validated me as an actor. I’m relieved that people accepted me in the role of Arjun Pathak.”

Finally, he added, “Expectations keep you motivated, but they also add a layer of responsibility to any actor.” For me, it’s a dream come true. I’m in a really good place where I’m getting roles that I’ve never played before. I enjoy the filmmaking process and never put myself under any kind of pressure. I want to carve out my own niche and have people talk about my filmography. I’ve always wondered how to measure success in the absence of numbers. Film Dhamaka taught me that the love of the audience is greater than its size. By far my greatest success is the kind of response I’m getting today. ” I am very pleased with the response and the way the audience has responded to my performance.”