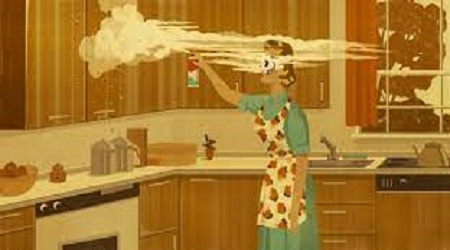 Being Invited into the kitchen. Claudia Roden has spent the last five decades as one of the UK’s most acclaimed and daring food culture and culinary journalists. The 85-year-old has hiked alone up Sardinian mountains, dragged baggage through peaceful Nile towns, sifted through ancient library records, and negotiated her way into foreign restaurants with a notepad in hand. So there’s a sweet irony in Claudia Roden’s stunning new book, Mediterranean: Treasured Recipes From a Lifetime of Travel. In contrast to the remainder of the Roden catalog—nearly two dozen volumes, mostly on the Mediterranean and the Middle East, from Italy and Spain to Morocco, Turkey, and Lebanon.

In retrospect, her North London property was the ideal location. The 120 recipes in this book are not someone else’s traditions meticulously collected through weeks of field work, but rather 50 years of recollections condensed into the foods that bring her the most joy to create. A simple red lentil soup with cumin and coriander; a roasted tomato and pepper salad with boiled lemon; and a fast pasta with goat cheese, saffron, and grated orange zest are some of the dishes Roden prepares for her family and friends when they visit. “I wasn’t going to spend hours making stuffed veggies, stuffed vine leaves, or little phyllo pies anymore.”

Roden talked about embracing that new stage of life in an interview with Zoom earlier this autumn, but she also shared some of her finest stories—including the idea that being in the kitchen with your source is the best way to win their trust. While she acknowledges that her days of carrying a bag across a continent for a recipe are over, she also claims that this retrospective is far from the end of her labour. “I can’t take not doing something,” Roden admits, mentioning a second book of her own home cuisine or perhaps a return to the Middle East. “As a result,” she continues, “I’ll have to do something, but I’m not sure what.”