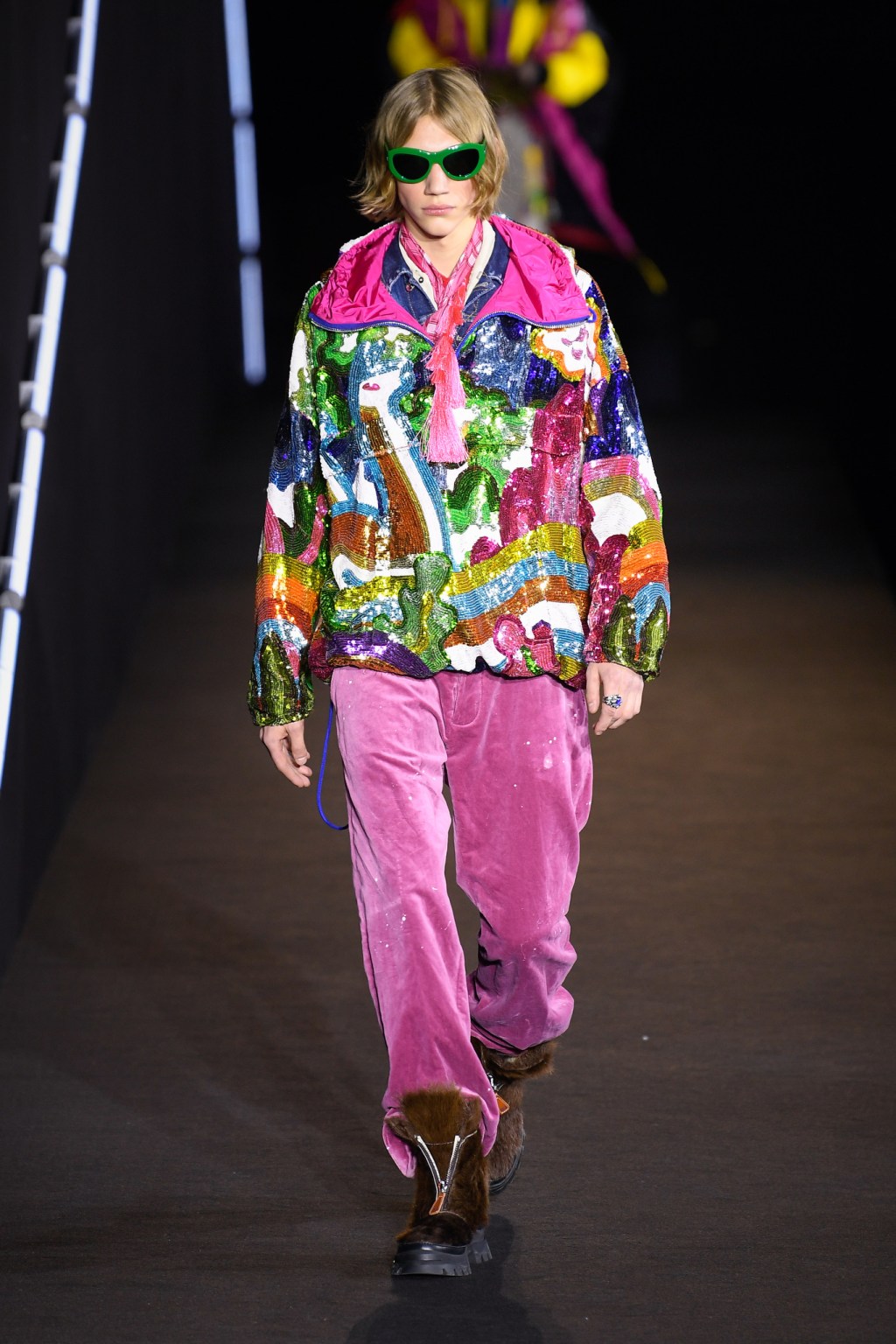 Stepping into the Dsquared2 venue felt like a déjà vu of going thru the airport: Guests duly queued to display their vaccine certificates along with their tickets before moving into a larger area where piled suitcases replaced seats here and there.

Meeting Dean and Dan Caten backstage, one indeed could have the feeling they had just returned from a relaxing trip: revitalized, energized and ready to tackle the new year with fresh ideas and resolutions. One such idea, on the return to showing IRL after a string of digital presentations, was the dropping of the coed format the designers first embraced in 2017.

One more reason not to hold back this season. Building on the globe-trotting spirit and eclectic vibe of the twins’ pre-fall lineup, the collection was a colorful extravaganza as the Dsquared2 man embarked on a trip to the mountains filled with hiking and excursions in nature.

Multiple blankets in different patterns were worn on the shoulders for protection, a sense reinforced by anoraks and functional down jackets in flashy colors and various shapes, ranging from puffy, cocooning silhouettes to cropped bolero versions. Underneath, layers of T-shirts, denim jackets, extralong tartan shirts, teddyhoodies,s and multicolor knitwear created volume in the looks, which were complimented by kilts and padded shorts worn over washed jeans, corduroypants,s and camouflage cargo pants.

For more eccentric adventurers, utilitarian outerwear and zippered shorts were covered in colorful sequins, while a cropped suede caftan charmed with its intricate floral embroideries.

The Catens collaborated with Invicta on a series of eye-catching, color-blocked backpacks. Along with pouches, fanny packs, and big pockets scattered about, these carried objects of all sorts, from sunglasses to water bottles, branded mugs, and even cute teddy bears. Because who doesn’t need a travel buddy, after all?

The fun combinations resulted in a high-energy collection that was second only to the designers’ upbeat mod.

That’s just the way fashion should be, ”they said to the audience before the show.