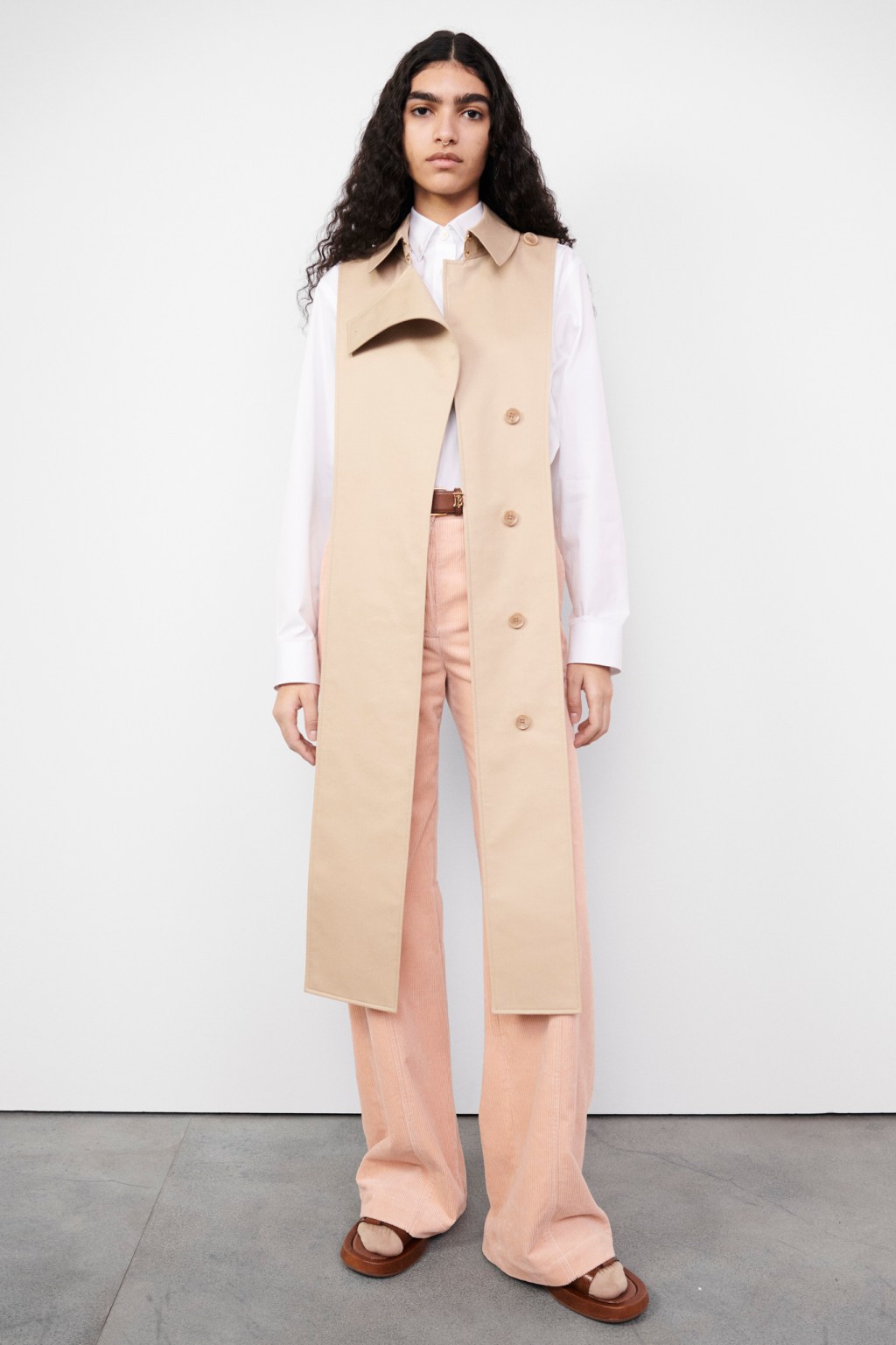 Lea T, a friend of Tisci’s who has been in Burberry campaigns and walked in the spring 2021 runway show, is the first person in the series. She worked with Tisci on a collection that had nature and exploration at its heart.

It was because of her connection to animals and nature that Tisci chose Lea T to be the face of his new clothing line.

It’s not just one or the other. One model had a ferret crawling over his shoulder, while another held the animal in her arm. Others are seen with potted plants or bags with greenery on them.

The clothes are big and casual, like the British Scouts had given them to Burberry’s design team. It looks like there are a lot of cargo pants, technical hiking jackets with outside zippered pockets, oversize turtleneck ponchos, rain gear, and rugged, rubber-soled hiking boots with a mess of colored laces.

On sale were silk twill short-sleeve shirts, wool skirts with pleats, and T-shirts with the British Isles, a mirrored globe, and the Burberry monogram.

The offer didn’t stop there: There were also hippies, who wore knitted miniskirts, shaggy faux fur coats, wide-legged corduroy pants, and flat sandals. They were all ready for a romp in the great outdoors, or even in the back garden.

As part of this new series, Tisci said that each season he would pick “someone important to me who inspires me, and who has unique creativity surrounding me in my own home.”

His plan is to ask each of the people who work with him to think about the Burberry brand he has built since he joined the company in 2018.